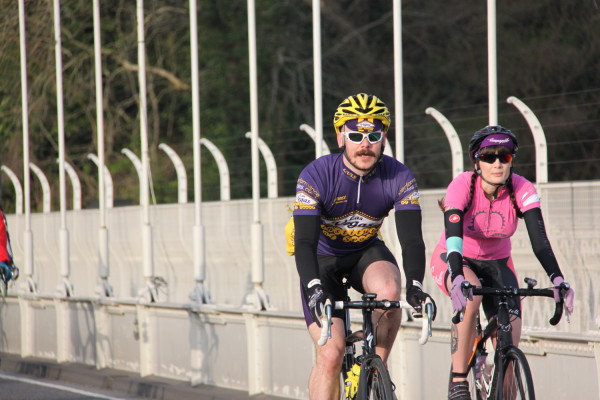 2014 – riders getting sunburned and dehydrated

What a difference a year makes!

One that thing that stayed the same though is Marcus, Kirsty and the whole LVIS Audax team’s ability to produce an event that many are calling the hightlight of their cycling season. In addition to that, there’s a large sum of money going to charity.

Thanks to everyone who helped out (including Barry for sorting the weather) – There’s a huge number of things that come together to make the event a success and it takes all the help and hard work you’ve provided to make it turn out so brilliantly each year.

The full list of thanks, photos and so on are on the LVIS Audax site

It’s also worth posting a link to this write up on road.cc as the audax took place the day after respected cycling journalist Steve Worland’s death shocked the cycling community.

No comments Posted in News